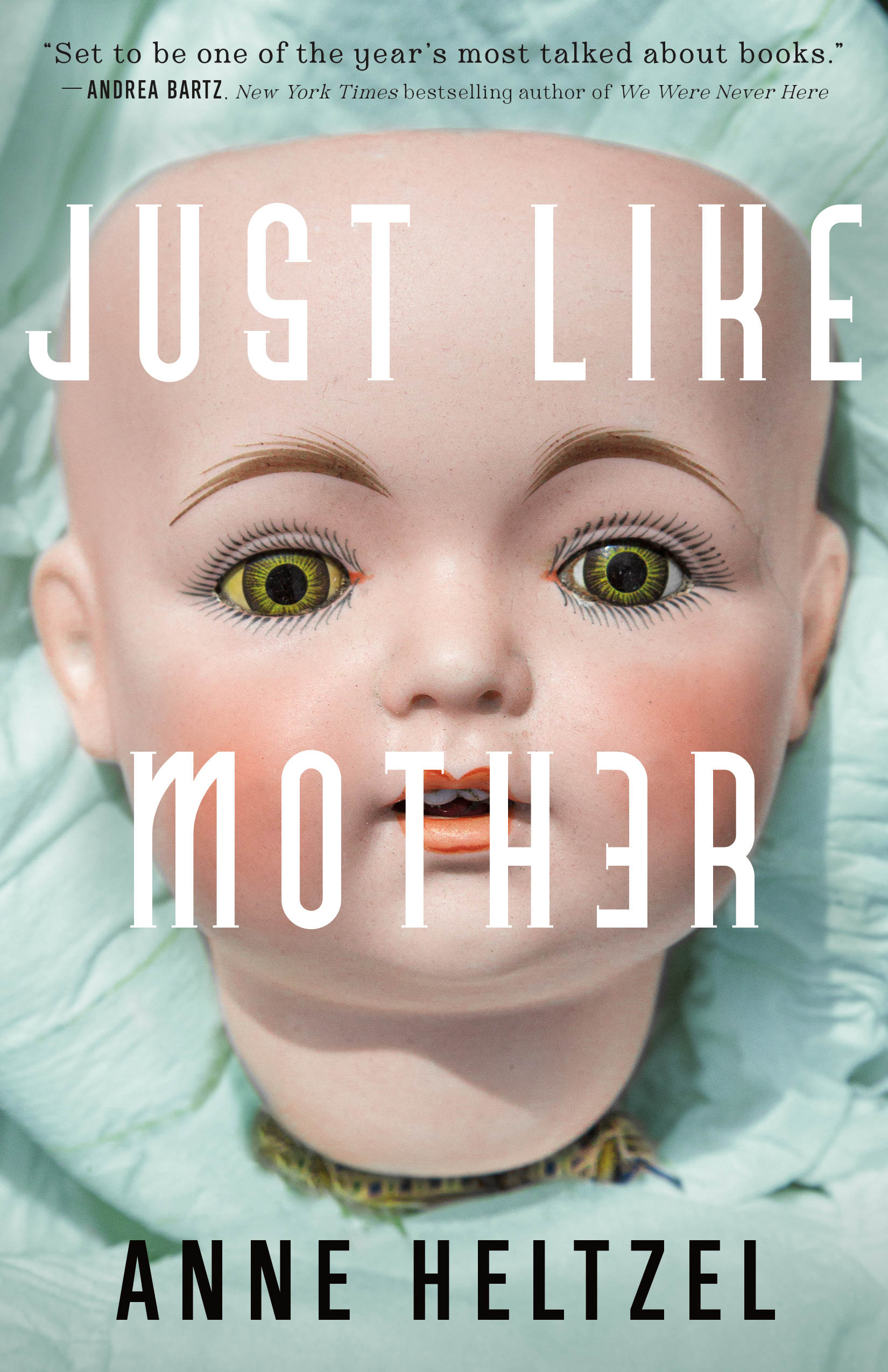 Spine-chilling and sharp, Anne Heltzel’s Just Like Mother is a modern gothic from a fresh new voice in horror, and “is set to be one of the year’s most talked-about books” (Andrea Bartz, New York Times bestselling author).

The last time Maeve saw her cousin was the night she escaped the cult they were raised in. For the past two decades, Maeve has worked hard to build a normal life in New York City, where she keeps everything―and everyone―at a safe distance.

When Andrea suddenly reappears, Maeve regains the only true friend she’s ever had. Soon she’s spending more time at Andrea’s remote Catskills estate than in her own cramped apartment. Maeve doesn’t even mind that her cousin’s wealthy work friends clearly disapprove of her single lifestyle. After all, Andrea has made her fortune in the fertility industry―baby fever comes with the territory.

“A fierce, frightening novel.”―RACHEL HARRISON, author of The Return and Cackle

Praise for Just Like Mother
“With unforgettable characters and details that will haunt your dreams, Just Like Mother is set to be one of the year’s most talked-about books. I tore through this urgent, timely, and deeply disturbing tale.” ―Andrea Bartz, New York Times bestselling author of We Were Never Here

“A fierce, frightening novel that examines autonomy, motherhood, and the dark side of feminine power with savage precision. Just Like Mother is a total thrill ride. Buckle up and be warned ― there’s no calling for Mommy.” ―Rachel Harrison, author of The Return and Cackle

“Tautly paced and sharp as a scalpel, Just Like Mother grabs you by the throat and doesn’t let go. This book offers a dark and searing look at the societal expectations placed on women and mothers, and the lengths some will go to meet them. I devoured this book.” ―Erin A. Craig, New York Times bestselling author of House of Salt and Sorrows

“Lyrical and grotesque, Just Like Mother is written in gorgeous and shattering prose.” ―CrimeReads

“Eerie, fast-paced … Heltzel’s probing exploration of women’s bodily autonomy―or lack thereof―makes this a solid choice for those who like their horror close to home.” ―Publishers Weekly

“A chilling look at modern motherhood, friendship, and what it means to be a woman. I thought about it long after reading the last page.” ―Danielle Vega, author of The Merciless and The Haunted

“Full of dark secrets and even darker deeds, Just Like Mother grabbed me from the start. Heltzel has tapped into a deep-rooted and disturbing cultural nightmare.” ―Nicholas Kaufmann, bestselling author of The Hungry Earth

“As compulsively readable as it is genuinely terrifying, Just Like Mother expertly weaves together themes of motherhood, trauma, and the perversion of feminism. It will sink its teeth into you as much for its incisive social commentary as for its deliciously gruesome horror.” ―Jessie Gaynor, LitHub

“A visceral and disturbing ride, Just Like Mother dives deep into the extremes of feminism and motherhood through the lens of true horror. Anne Heltzel is a master.” ―Amy Lukavics, author of Daughters Unto Devils

“Totally addictive. Twisty, dark, impossible to put down … a classic, down and dirty horror, ferrying a damaged, winningly prickly heroine ever further into the realms of her deepest fears. I was terrified and obsessed.” ―Anna Godbersen, New York Times bestselling author of The Luxe series Announcing Just Like Mother, a New Novel from Anne Heltzel