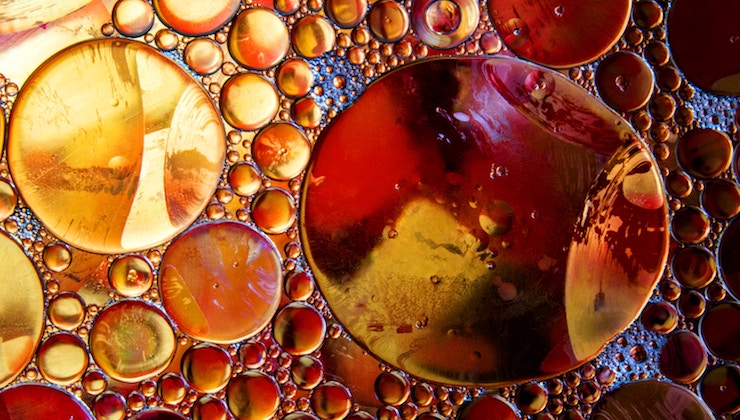 Photo by David Clode on Unsplash

Horror is one of the few genres that will constantly reference itself. It’s kind of tailor-made for it, with its set conventions and “rules” of the genre, the expectation simply by virtue of it being horror that it’s going to give us some kind of fright or shock, and its desire to subvert or play off of older tropes in interesting ways. So it only makes sense that there’d be horror about horror, the kind of fourth-wall-breaking weirdness that comments on the genre and on the medium itself as it goes along. It also allows writers to stretch, to experiment with form and break a few more of the rules than they usually would. To that end, here are six works of horror that play outside the lines, make up their own rules a little, and break their own realities, all for our amusement.

Camp Ghoul Mountain Part VI was an entry in the beloved (and fictional) Camp Ghoul Mountain slasher franchise, a psychedelic killfest featuring a burlap-clad murderer slicing up teenagers and camp counselors on the titular mountain. This book is, of course, the official novelization of that movie, released as a tie-in. That on its own is well-done, with the book having a kind of cozy, nostalgic feel similar to other movie tie-in novelizations mainly read by people who either couldn’t get out to see the movie, or who were too young to see it and had to make do with the books. But then you notice the footnotes that start with vague references to the apocalypse and the supernatural, and the interludes ruminating on horror and conspiracy theories, and suddenly what was a creepy horror movie novelization suddenly plunges into a more coherent House of Leaves-style metanarrative, one part psychedelic paranoid horror, one part nostalgia-tinged throwback as the conspiracy elements and weirdness push further to the forefront. It’s an incredibly strange book, but one sure to delight horror fans looking for a little more than the average weirdness.

Jackson’s second novel is presented as a series of documents, which alternate the narratives of Sibyl Joines’ studies into her field of “necrophysics,” teaching students at her school how to channel the spirits of the dead and even make excursions into the underworld; and Jane Grandison, the young woman who becomes Joines’ stenographer as well as a student. Framed by a narrative where the author finds a newspaper clipping and begins to investigate the odd disappearance of a student, Jackson manages to create an unusual world centered around the Vocational School, using both Joines and her messages from beyond and the reports from Grandison to make her eerie and bizarre tale of spiritualism gone wrong feel all that more concrete and real, with Jackson’s own investigations serving as a way to lend the story veracity.

This story from Growing Things, Tremblay’s excellent first collection of short stories, is told through a series of small notes left by, well, the people hired to walk and take care of Paul Tremblay’s dog, Holly. At first, the notes are funny, with the dog-walkers all having their own personalities and saying they do things like play “Ride Captain Ride” for Holly and talking about her “nemesis,” but as the notes progress, they get more and more confessional and personal. Then, slowly, the notes are taken over more and more by “KB.,” a lunatic horror fan and aspiring critic who churns out long rants about her personal connection to Tremblay’s work, her own stabs at horror fiction, and turns the story darker and darker as she monopolizes poor Holly’s schedule so she can continue sending notes and gaining access to Tremblay’s house. Through the notes and the terrified reactions from the other dog-walkers as KB rambles more and more about Holly and horror and any other subject that comes to mind, the story becomes a darkly comic version of Misery, shedding light on the interactions between horror authors and their audiences and critics and the weirdly personal way critics and audiences respond to everything.

Presented as a series of episode recaps for fake Law and Order: SVU episodes, Machado’s weird novella rockets off from the first “episode,” where Stabler hears a strange drumming noise in the basement of his apartment and spirals out of control into Borgesian premises, unusual hauntings, and pitch-black humor with each new entry. It might be a reach to call this “meta,” exactly, but it does serve as a wild and surreal commentary on SVU‘s shortcomings and the way it treats its (rather expendable) characters as well as its horrifying and lurid but still somehow boilerplate method of doing things, in its own way. As well as TV’s tendency to focus more and more on the personal lives of the characters and the weird stories they find themselves caught up in over the rather boilerplate procedural plots. Regardless of how it’s viewed, though, it’s a fantastic story wrapped up in an unusual narrative device, and it’s exceptional that somehow despite the rather bizarre premises, each of the episodes in “Especially Heinous” stays unique, fresh, and wildly unnerving.

A longsword-toting killer in a Michael Jackson mask takes on a group of final girls who just want to go to prom in Stephen Graham Jones’s smart, self-aware horror parody. Written in the style of a screenplay treatment, the story follows Lindsay after she and her courageous horse Wildfire defeat the masked killer Billie Jean. As the high school homecoming dance looms before her, Lindsay consolidates a group of other final girls who survived their own masked killers and brushes with death as her new homecoming court, only for Billie Jean to pick up their sword once again. From the opening “scenes” of Jones’s novel featuring an unorthodox choice of weapon, a narrator who the killer and victim can apparently hear, and of course the intervention of a wild horse it’s clear the tone is somewhere between Scream and Detention, but Jones, who’s spent most of his career in horror playing with the rules well enough to bend and break them when he needs to, comes off more as sharp and playful than silly, and knows just how to deliver the scares.

It was bound to come to this eventually. Every discussion of meta-horror would be incomplete without at least one mention of the disorienting, deconstructive, and at times downright impenetrable puzzle box classic from experimental novelist Mark Z. Danielewski. House of Leaves is about a young man named Johnny Truant, who finds a critical manuscript about a found-footage movie called The Navidson Record in a chest located in his dead neighbor’s apartment. The essay revolves around a film purportedly shot by photographer Will Navidson and his wife Karen, investigating a bizarre black hallway that grows into an entire labyrinth located between their living room and bedroom. The reader is presented with this manuscript (a fractured text where some passages are even flipped upside down and backwards) with edits from Johnny, who breaks in with asides and footnotes about his life and the process of editing House of Leaves, creating a nested narrative. But Danielewski’s knack for unusual formatting is really only there to hook the reader. The work’s staying power is the deep and emotionally raw story about families, parents, mental illness, and the way simply reading a book and taking for granted that what you’re reading is some version of “true” can transform a work utterly. House of Leaves might be a classic for its impenetrable experiments with text, but earns its place in the canon with a ton of heart, raw emotion, and a wholly empathetic narrator who you feel for even at his most twisted.