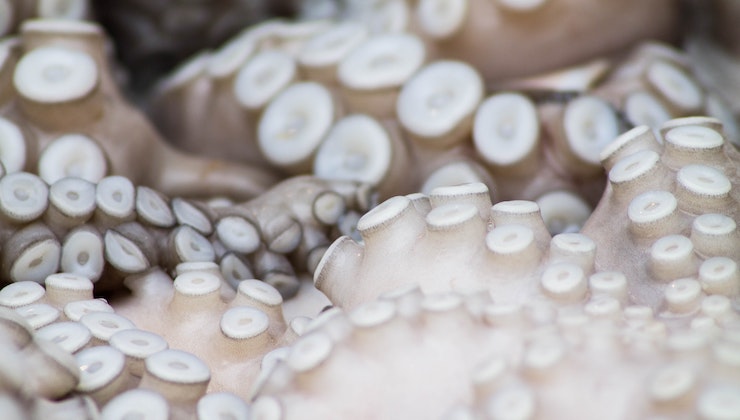 Photo by Antonia Lombardi on Unsplash

Well, the Hugos are a thing that happened. They’re the most important and lauded awards in science fiction and fantasy, yet every year something seems to happen to cause massive amounts of hurt and drama. So many people smarter than me (Aliette de Bodard, Seanan McGuire, Alasdair Stuart, Claire Rousseau, Tade Thompson, Foz Meadows, Tasha Suri, and the folks at Fiyah Magazine, to name a few) have already gone over why the Hugo Awards themselves were an abject disaster of historic proportions, but I’m here to get my rant on about the abomination that was the Retro Hugos, another thing that seem to exist for some reason and also seems rife with fuckery. Somehow, in the year of Our Lord of the Perpetual Trashfire That Is 2020, a group of people decided to give H.P. Lovecraft an award.

Yeah, no, you didn’t mishear me. H.P. Lovecraft. Literally the most racist, anti-Semitic, misogynistic jerk in the entire history of horror as a genre got an award. Even more galling, somehow, is that apparently he won for “Best Series” which is a thing he never even really wrote? How did this happen? Why did this happen? Haven’t we suffered enough? Grab a glass of something strong and let’s dive into this miasma of Dear God No What Were They Thinking Jesus Christ Are You Serious together.

What in the blazes are the Retro Hugos, you may ask? Excellent question. Since 1996, the Retro Hugos have been an optional award given out by WorldCon, who host the Hugo Awards every year, to celebrate works of science fiction and fantasy from the time before the awards existed. They focus on the decades between the 1930s and the 1960s, and are, again, I can not stress this enough, optional. This literally did not have to happen. The point of these awards is to highlight achievements in the genre that never got awarded. I imagine there was a group of very well meaning people who thought maybe they could uncover lost gems or highlight authors who never really got their due in their lifetime. Instead, they appear to be a way to give the same few names more accolades, and seem rather alarmingly unconnected with what is going on right now in the genre. The phrase “read the room” comes to mind.

This year, voters were given the ability to vote for works created in 1944, as if this were the 1945 Hugos. If you scan down the list of nominees there are a lot of well-known names here: Ray Bradbury, Isaac Asimov, Edgar Rice Burroughs, and Theodore Sturgeon, among others. And there, nestled in the “Best Series” category, for some godforsaken reason, is Howard Phillips Lovecraft. Listen, I’m not here to denigrate the cultural importance of what he wrote. I grew up reading his works and I’ve written articles and been on podcasts as a specialist in all things non-Euclidean and tentacled. I love Cthulhu as much as anyone else. That’s why I’m here to say: enough is enough with Lovecraft. He has become the racist albatross around the neck of cosmic horror, and I am so sick and tired of it. And that’s what this genre is. It’s not “Lovecraftian horror,” it’s “cosmic horror,” because one man doesn’t have a copyright on wondering what horrors lurk beyond the stars. We can do better than venerating a man who was so toxic that even his contemporaries thought he was taking it too far.

As a community, we have outgrown Lovecraft. We’ve moved beyond him. While his influence will always be there, cosmic horror is undergoing a diverse and powerful transformation into something way beyond what ol’ Howard ever envisioned. We are in the new renaissance of cosmic horror and we have people like Victor LaValle, Cassandra Khaw, Caitlín R Kiernan, Premee Mohamed, and Ruthanna Emrys leading the way. Cosmic horror is being turned into something wonderful and new in the hands of talented women, BIPOC, and LGBTQ+ authors. It would have made Lovecraft hide under his bed, quaking in his boots, and I love that. That is what should be celebrated now, but instead we keep picking at Lovecraft like someone picking at a scab, never letting it fully heal.

I’m also extra annoyed that the award was for “Best Series.” The Cthulhu mythos is a loose collection of short stories and literally one novella. It wasn’t written with the intention of being a series, and it wasn’t published as a series, so how is “series” the award category they settled on? Even more mind-boggling is that the award was for Lovecraft and any other writer that has contributed to the Mythos. That’s such a gray area, since people have been adding to the Mythos for decades, some more successfully than others. Including August Derleth is just another part of this that makes me cringe. He created Arkham House Publishing and helped to shepherd all of Lovecraft’s work into collected volumes, but then spent the rest of his career adding to it in a way that I will politely say was… less than successful. (If I wanted to be less polite, I’d call it really dreadful Cthulhu fanfiction.) If the point of this award was to honor Lovecraft (already a bad look) why muddy that honor by including the name of someone else? The whole thing just makes so little sense and the more I think about it the more I want to tear my hair out in complete and utter frustration.

I think everyone who considers themself a fan of horror or science fiction or fantasy is just tired. I know I am. These creative, spectacular genres have given us all so much, and I am proud to be even a small part of that. We’ve also been going through so many terrible things these past few years, with revelations within the genre space of sexual harassment, racism, ableism, and homophobia. It has been a very long few years. That’s why the act of giving H.P. Lovecraft an award feels even worse: it’s just another step backwards. I’m not saying you can never read a Cthulhu story again, you just shouldn’t be giving an award to the person everyone uses as the ultimate example of racism in the genre during a time when we are still very much dealing with racism in the genre. I can’t get over that these are optional awards. This was such a self-inflicted wound. None of this had to happen.

Genre is already starting to self-correct. A bust of H.P. Lovecraft was the award statuette given to the winners of the World Fantasy Award for decades until they voted to change it in 2015. At the time, many authors (among them Nnedi Okorafor, China Miéville, Daniel José Older, and more) were outspoken that Lovecraft’s image had to be removed to create a more inclusive award. It felt wrong to give a bust of Lovecraft to someone who he would have reviled. What message did that send to the winner? “Great novel, here’s a statue of this guy who hated people like you for you to display on your bookshelf”? It’s untenable. The World Fantasy Awards got this memo five whole years ago, so it’s well past time for the Hugos to catch up.

Maybe we need to take a cold, hard look and decide if we really need the Retro Hugos. Who do they serve? Why are we looking backward instead of forward? What good does giving awards to works from 70 years ago do? It seems foolhardy and regressive to even have these awards. I might feel differently if they really did highlight forgotten works or overlooked authors, but they don’t. I honestly wonder if the winners are picked more on name recognition than on the merits of the nominated works and authors. Either way, these awards seem to be doing further harm to a genre already reeling, and we do not need to keep flagellating ourselves like this. We don’t need to keep contorting ourselves and bleeding out on the altar of “proper canon” created by dead white guys to show fealty to our chosen genres.

We can do better. We must do better. We owe it to ourselves, to our fellow authors and fans, and to all those who will come after us to make this space as welcoming to everyone as we can. The Retro Hugos, as well as the 2020 Hugo Awards themselves, were a massive step backwards, awash in the glorification of a past that was primarily white and male, dismissive of anything new, and borderline hostile to changes made for the better. How many people saw Lovecraft’s win and decided this wasn’t the genre for them?

Even one voice lost is too many.

4 thoughts on “Stop Giving Awards to Dead Racists: On Lovecraft and the Retro Hugos”