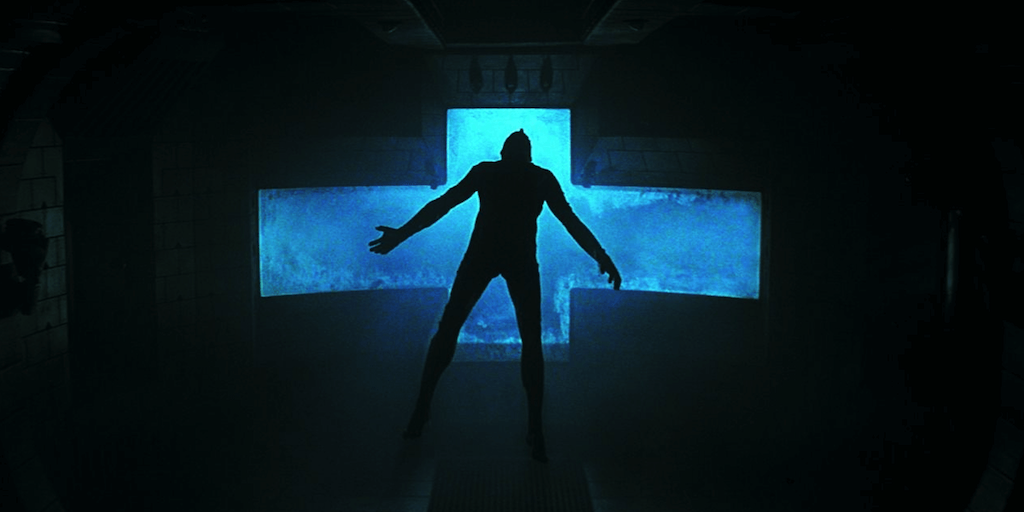 I will admit to a not-so-mild obsession with abandoned places. Huge houses, like Lynnewood Hall. Old motels up for sale for years and half forgotten, like The Pines Motel in Lacon, IL on the way to my parents’ house in Peoria:

But my favorites are the places that you can imagine as they once were, teeming with people and activity. Shopping malls. Amusement parks. Ships.

Stories about ghost ships have been around for centuries—vessels that seem to have taken it upon themselves to wander the seas without any crew on board. Or, ones that left with a crew and a charted course and are later found drifting and abandoned… with no explanation. Occasionally, boarding parties may find clues: missing lifeboats, drops of blood, or an empty cargo hold. But just as often, there’s nothing to suggest what happened to those on board.

Here are five of my favorite ghost ships, both fictional and not.

You can’t talk about ghost ships without mentioning the Mary Celeste, the OGS (Original Ghost Ship). Found adrift in 1872, she’s not the oldest ghost ship, but she’s possibly one of the most famous, thanks to a sensational trial that followed her discovery and a short story that played fast and loose with the details.

The Mary Celeste left New York on November 5, 1872 with a crew of seven, along with the captain’s wife and their young daughter. Their cargo was denatured alcohol (a solvent, not a beverage). The Dei Gratia, a Canadian vessel, found the Mary Celeste adrift on December 4, 1872. No one was on board. The ship had taken on some water but not enough for sinking to be a concern. The cargo was mostly untouched. The last ship’s log entry was from nine days before on November 25 and made no mention of any difficulty. However, the small lifeboat was missing, as was some of the navigational equipment and paperwork.

In salvage court hearings, the Attorney General of Gibraltar accused the Mary Celeste’s crew of drunken mutiny. In his view, the evidence suggested that the crew had gotten drunk on the alcohol (which wasn’t actually drinkable) and then killed the captain and his family, before taking the lifeboat to avoid being punished for their crimes. But further investigation showed that the alcohol had instead likely evaporated from certain barrels, due to the type of wood used in the barrels’ construction, and the “blood” on the ship’s rails was probably rust.

In 1884, Sir Arthur Conan Doyle wrote a short story called “J. Habakuk Jephson’s Statement” that involved a ghost ship called the Marie Celeste and used some of the details from the events surrounding the Mary Celeste. Over time, people have conflated the two, but one is real, and one is not.

The Smithsonian Channel has an excellent documentary about the mystery surrounding the Mary Celeste: The True Story of the Mary Celeste. It offers a solid theory as to what may have happened. But to this day, no one knows for certain what happened to the Mary Celeste’s captain, his family, and crew.

In 2040, the Event Horizon, a spaceship with an experimental engine, vanishes on its maiden voyage. Seven years later, it reappears, broadcasting a strange transmission.

A search and rescue team is sent after the vessel, along with the scientist who was responsible for the development of the experimental engine (Sam Neill). No one responds to their attempts at communication, and they can’t get a reading on life forms on board, so Captain Miller (the always amazing Laurence Fishburne) decides they must board the ship and search room by room.

When Miller and his team board the Event Horizon, they don’t find anyone at first, but there are signs that something has gone horribly wrong. The opening sequence on the Event Horizon, showing items floating through the air, signs of former human habitation—a coffee mug, a water bottle, a wristwatch—remains one of my all-time favorites. (I suspect it may have heavily influenced the scene in the cargo bay on the Aurora in my book, which I didn’t realize until I watched it again recently.)

On the off chance that you haven’t seen Event Horizon, I’m not going to give away what happens, but I will say, it’s never a good sign when the captain boards the ship and, within minutes, announces “This place is a tomb.”

I love this ghost ship purely for its longevity. The Baychimo was a cargo ship out of Scotland. In 1931, the vessel became trapped in the ice and the crew temporarily abandoned it, seeking shelter in a nearby settlement. Eventually, it freed itself and the crew returned, but then it became stuck once more. Then a blizzard struck, and the ship vanished. The crew assumed it had sunk, but later learned it was, improbably, still adrift. After boarding the Baychimo, they retrieved their valuable cargo and left the ship behind, assuming it was no longer seaworthy.

But the Baychimo sailed on… for thirty-eight years. The last sighting was in 1969, when the Baychimo was frozen again in the pack ice. She hasn’t been seen since, but her wreck has never been found.

I will not make the argument that Ghost Ship is a great movie by any standards, but I love it. When a salvage crew learns about a large vessel adrift in the Bering Sea, they decide to pursue it and find the Antonia Graza, a cruise ship that’s been lost since the 1960s. No passengers or survivors were ever found.

The Antonia Graza was considered the height of luxury in terms of ocean-liners at the time, so the salvage crew knows their fee could be in the millions. But eerie events start almost as soon as they’re on board, including sightings of a little girl, an empty pool with bullet holes in the side, and the discovery of another salvage team on board… who’ve been dead for about three weeks.

Every time the team attempts to leave the cruise ship, however, they are thwarted, either by damage to their own vessel, the Arctic Warrior, or an even more enticing reason to stay on the Antonia Graza–the discovery of boxes and boxes of gold bars in the cargo hold, for instance.

The scenes of the salvage crew’s exploration of the Antonia Graza still give me chills: the dried-up aquarium in the ballroom, the captain’s bloody sink in his quarters, and the scattered empty liquor bottles. And when Epps (Julianna Margulies) finds the cabin belonging to the little girl, with all her dresses and dolls still in place? So eerie!

This is the real-life version of the Antonia Graza… with fewer ghosts. Possibly.

Once a Russian cruise ship, the Lyubov Orlova ran aground in Antarctica in 2006. Eventually, it was decommissioned in 2013 and scheduled to be broken up for parts. However, various attempts to tow the vessel failed, and it ended up floating freely.

I would love to know whether all her facets and fittings were still in place or if they’d already been stripped. The idea of a fully decked-out cruise ship (pun sort of intended) just drifting alone on the water—silent cabins, dining rooms, and lounges awaiting passengers that will never arrive—is deliciously creepy.

You may remember hearing about the Lyubov Orlova in the news in 2014 when she was rumored to be near the English coast, with cannibal rats aboard. Yeah, that turned out to not be true. The Lyubov Orlova was last heard from in March 2013 with an emergency signal, and she is presumed sunk, as the signal received is only activated when submerged. But her wreckage has not yet been found.

Titanic meets The Shining in this SF horror in which a woman and her crew board a decades-lost luxury cruiser and find the wreckage of a nightmare that hasn’t yet ended.

Claire Kovalik is days away from being unemployed—made obsolete—when her beacon repair crew picks up a strange distress signal. With nothing to lose and no desire to return to Earth, Claire and her team decide to investigate.

What they find at the other end of the signal is a shock: the Aurora, a famous luxury space-liner that vanished on its maiden tour of the solar system more than twenty years ago. A salvage claim like this could set Claire and her crew up for life. But a quick trip through the Aurora reveals something isn’t right.

Whispers in the dark. Flickers of movement. Words scrawled in blood. Claire must fight to hold onto her sanity and find out what really happened on the Aurora, before she and her crew meet the same ghastly fate.

5 thoughts on “Adrift & Alone: The Five Ghost Ships That Haunt Me”