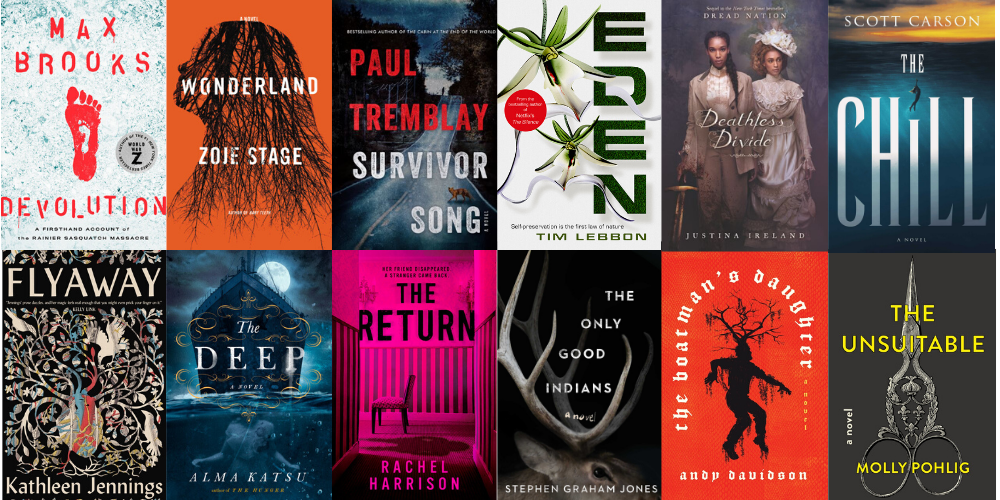 In that long, slow stretch of January after the holidays, when it feels like winter will never end, what do you do to snap yourself out of the the midwinter rut? A deep dive into the year’s coming books always does it for us. So we’ve pulled together 65+ of 2020’s most exciting horror releases, featuring new fiction from Stephen King, Paul Tremblay, Kathe Koja, Grady Hendrix, Alma Katsu, Justina Ireland, Max Brooks, Stephen Graham Jones, and many, many more. Limber up your preorderin’ fingers, because they’re about to get a workout.

Please note that publication dates are subject to change, especially given the state of the world right now – we’ll be updating the release dates below and adding new books as we hear of any changes, but the publisher’s website will always have the most up to date information. And don’t miss our monthly new release posts here!

Did we miss anything? Which 2020 books are you most excited for?