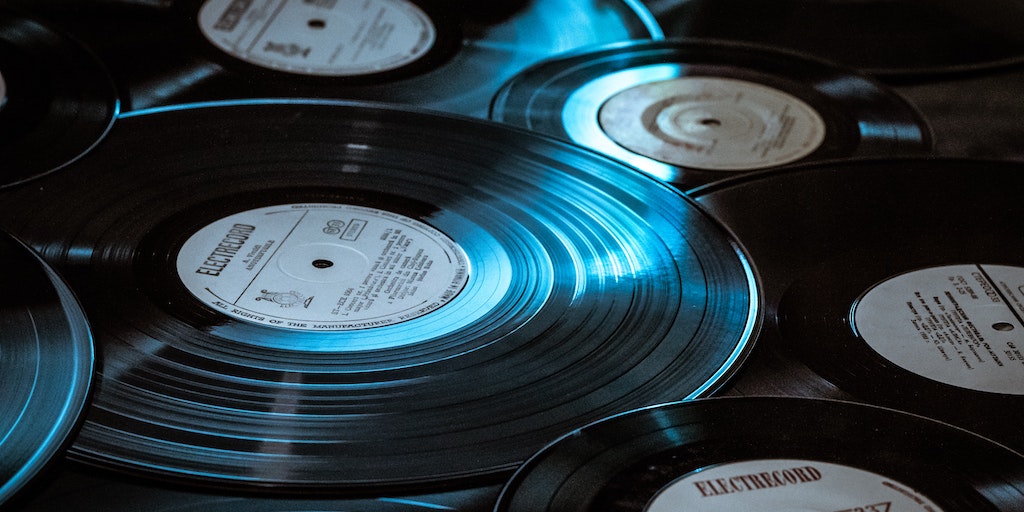 Photo by Miriana Dorobanțu on Unsplash

The Haunting of Hill House meets We Sold Our Souls in Schrader’s Chord, a chilling debut from Scott Leeds about cursed records that open a gateway to the land of the dead, coming from Nightfire in September 2023!

I told you they were real.

After his estranged father’s mysterious death, Charlie Remick returns to Seattle to help with the funeral. There, he discovers his father left him two parting gifts: the keys to the family record store and a strange black case containing four ancient records that, according to legend, can open a gate to the land of the dead.

When Charlie, his sister, and their two friends play the records, they unwittingly open a floodgate of unspeakable horror. As the darkness descends, they are stalked by a relentless, malevolent force and see the dead everywhere they turn.

With time running out, the only person who can help them is Charlie’s resurrected father, who knows firsthand the awesome power the records have unleashed. But can they close the gate and silence Schrader’s Chord before it’s too late?

Here’s what Scott Leeds has to say:

“Though it initially wasn’t intended to be, Schrader’s Chord became a love letter to a certain time in my life. I was twenty years old, working at a Tower Records store in Los Angeles, and quietly continuing to work through the grief of losing my father at sixteen. At that point, I was still outwardly entertaining the idea of making a living as a musician (I had been in several bands at that point and had started composing music for small projects), and had told virtually no one about my secret wish to be a writer.

Schrader’s Chord is about many things—as I suppose any novel is—but at its heart, it’s about a family; both the family we’re born with and the family we choose as we grow older. When death comes to a family, it sends shockwaves through the generations. Secrets are unearthed, long-buried truths are finally told, and grief grabs hold of the microphone and doesn’t surrender it until it’s had its say.

It’s also a story about music; about those who make it and those who obsessively love it, and even a few people who do both. Music can be a gateway to catharsis for anyone who listens to it. It can help us cope with heartbreak or bask in the glow of happiness, it can amplify our feelings of love or anger or aggression, and most importantly, it can help us to feel less alone. But what would happen if the musical gateway didn’t lead to catharsis? What if it instead led to damnation?

Half a century ago, Richard Matheson’s A Stir of Echoes and Anne Rivers Siddons’ The House Next Door changed the rules of horror. They took the hauntings out of the gothic castles and foggy moors and dropped them into suburbia. Don’t get me wrong, I love a good gothic horror story as much as the next reader (and would even love to write one some day), but Siddons and Matheson, to say nothing of countless others, recognized the power terror can hold when it invades our safe spaces. They took the comforts of home and made them sinister, turning the life-preservers we cling to in times of trouble into anchors that pull us further into the deep waters of horror.

“I am so delighted to be working with my colleague Kristin Temple on Scott Leed’s marvelous Schrader’s Chord. I think that Scott nailed the description – this is an incredible contemporary horror novel. It’s about music, yes, but so much more: lost family and found family. Chances missed and found when you least expect it. And love in all its forms… both marvelous and monstrous.”

“Schrader’s Chord is a really delightful romp, full of great family drama, messy characters, a little bit of romance, and, of course, lots and lots of dead people. Charlie’s strained relationship with his father really shines. It’s painfully authentic, and leads to some great reflecting on legacy, forgiveness, and learning how to move on. Don’t miss it!”

“You’ll be looking over your shoulder as the pages fly in this hauntingly riveting debut. With gorgeous prose and chilling twists, the terrifying but heartfelt core of this family-centered ghost story seals Leeds as a powerful new voice in horror. Don’t miss it.” —E.G. Scott, internationally bestselling author of The Woman Inside

“Schrader’s Chord delights in the ghoulish and the bizarre. A dark and demonic debut.” —Leopoldo Gout, author of Piñata

SCOTT LEEDS lives in the Pacific Northwest. Schrader’s Chord is his first novel.

One thought on “Announcing Schrader’s Chord, A Debut Novel from Scott Leeds”